Tips of the Trade – Say NO to Rust!

It’s not the high end baits that are causing the initial problem, it’s usually that one old bait that still has that ancient split ring that causes the initial catastrophe. From there it slowly creeps one by one until it’s a ravaged every single plug in the entire box. Sure there’s ways to slow this process and clean up some of the damage, in fact I did a blog post on this very website last March. There’s a way you can clean the body of the bait and switch out the hooks to better anti rust options like the Trokar trebles as well as switching out all the components. Though this will assist in slowing the natural process of rust it surely won’t fix the problem. Like a car the only way to fix it is to sand it down, prime it and repaint it and even then it may creep it’s way back. I don’t use the term cancer lightly but you can see the relation.

So are we doomed? Will all our crankbaits eventually meet their maker through this natural process? I think not, but the key is to prevent the problem before it ever happens. Here’s a few steps that may assist you in the future. 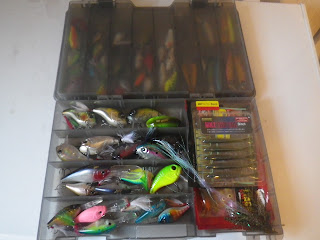 First off, don’t by cheap tackle. This doesn’t mean you need to run out and buy $30 dollar jerkbaits but you’ll get what you invest. There’s plenty of perfectly good plugs in the $6 to $10 dollar range, but one of the biggest reasons they are more affordable is because they use cheaper components. I won’t name any names here but I’m sure you all know of some great baits in that price range. It’s simple and affordable to make these baits all the rage by simply taking off the cheap terminal components and replacing them with better. You should always be changing these out anyways. You wouldn’t use the same worm hook for a entire year, that just sounds stupid! So why would you use the same trebles for an extended period of time? Get you some Trokar Trebles and Eagle Claw Lazer Oval Split Rings and know that not only are you protecting your precious cranks but you’re also pimping them out with the best business side of the crank possible.

Next, you aren’t getting bit and you decide it’s time to make a change on the fly and switch baits. Perhaps the bass aren’t appreciating your sexy shad color and would be better dialed in on a chartreuse black back. This is what makes a great fisherman, follow your gut and make the change but by all means don’t throw that bait right back into the box! Instead, lay that bait down on your boat deck or in a cup holder and let it dry off, putting it away wet is what is killing your entire box!

To really get your brain going, let’s step it up a notch. Of course I’m not the first one to foresee the problem of my fish catching arsenal being overtaken by one of Mother Natures best weapons. In fact, many companies are introducing rust free tackle storage options, but let me also tell you I’m not too impressed. I’ve been duped myself, in fact just yesterday I was doing a deep clean on my boat when I lifted up my square bill box and instantly got all the inspiration I needed to bang out this blog post! Last year I personally had went out and had bought a rust free box for my favorite crankbaits only to find that rust had indeed did what rust does best.

The only sure fire way to prevent rust is to use high end components and allow water to naturally evaporate. There’s a company out there that makes tackle boxes that are loaded full of small holes that in return allow moisture to escape, this in fact is a great idea although after doing much internet research I come to find that the holes are a little to big for their britches and allow hooks to come through meaning a trip to the E.R. with a full tackle box stapled to your finger is inevitable. So instead, let’s not be lazy and lets also save a buck by taking your favorite boxes that you already own and put a little elbow grease into them. Take your drill and drill a bunch of holes strategically into the box from every angle. Be sure to use a small enough drill bit to not allow your hooks to pop through because I promise you, you’re in no way any kind of match for a Trokar. Also, be careful to not push to hard on the drill as you don’t want to crack the plastic, let the drill do the work. 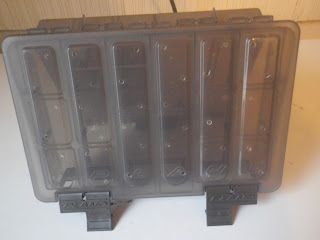 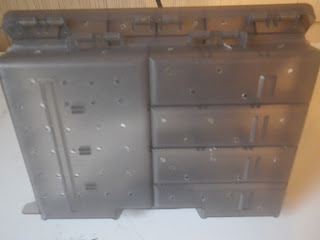 Rust is nothing anyone wants to mess with under any circumstance except of course those golfing types that want to get a little more spin out of their wedges but that’s not a conversation for this hardcore bass fishing website. In fact, the only golfing we’re going to talk here is how one should seek out the golf courses on your local lake as all the fertilizer makes for some of the best grass beds on the entire body of water. Nothing like a little hopped up run off to hold a heavy sack of fish!

I promise, if you take the time and follow these steps you’ll be throwing your favorite crankbaits for much much longer!

2 Girls and a “Crappie” Party on the Ice!

Jackson Kayak's Bite Fishing Kayak to be Available in December